“I want to go everywhere and understand everyone. I never will, but it does motivate me.

It’s amazing how people respond when you [as a visitor] use even a little of their language, though. Like you’re offering a gift. And, I suppose, we [language learners] are: that of our time and attention.”

This post started as a reply to a comment left by Torazakana, a Japanese language learner whose efforts and accomplishments leave mine in the dust.

I include “living 3+ months in a foreign country with a different language” on my bucket list, but the longest I’ve stayed abroad yet was three weeks in Europe after finishing college. That was fun, but emphatically a tourist experience, not one of cultural or linguistic immersion. 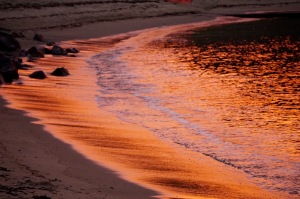 I don’t expect to be admired or congratulated for the work I do on foreign languages. I enjoy the challenge, the mental stimulation, and the sense of accomplishment from doing something more useful than binge watching Netflix. I like setting an example for my kids of lifelong learning and self improvement.

But I really love the light that comes into the eye of a friendly native speaker when I make an effort to communicate in their tongue, according to their terms. I love to give this gift. I revel in the return offering of goodwill and appreciation.

Even more than my (sometimes laughable) attempts at, say, Icelandic and its multitude of challenging sounds, or Catalan that tricks me repeatedly with its brushes against both Spanish and French concealing a reality of total independence, more than any speech itself, the international interpersonal connection is in the attempt. It is the reaching out that bridges the divide.

Language itself is just walking across the bridge that sincere effort built.