My country ’tis of thee, 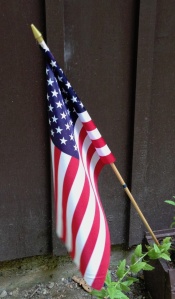 “My country ’tis of thee / sweet land of liberty…”

Most Americans are familiar with these opening lyrics penned in 1831 by Reverend Samuel Francis Smith† for his hymn, “America.” To this day, I thrill every time I hear a recording of Rev. Martin Luther King, Jr’s 1963 “I Have a Dream” speech, in which he repeatedly quotes Smith toward the thundering conclusion of his great oration.

“Let freedom ring” should stir the hearts and souls of every American. It represents the absolute best and greatest potential of the United States of America, no matter how human and imperfect we may be at a given moment.

But the less well known third verse speaks loudest to me today as my fellow citizens go to the polls. I already voted by absentee ballot this year due to the pandemic. 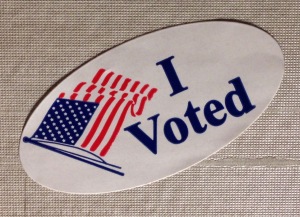 This election has been more rancorous than any other I’ve known. For the first time in my life, I fear a night of violence and civil unrest instead of an evening of more-boring-than-average television viewing as the polls close and results roll in from the East Coast to the West.

And yet! In spite of! I carry hope like a tiny flame in my cupped hands against the breeze. I can hear sweet freedom’s song over a susurrus or a partisan gale.

I believe that mortal tongues will waken, and that my countrymen and -women will, in fact, partake of the opportunity to raise their voices today and be heard. We will vote, and we will take notice of those bad actors who stand between the populace and each one’s right to cast his or her ballot free from interference.

I reject and repudiate those wicked cynics who would choose to disenfranchise others in hopes of clawing back power being lost to legitimate changes in our nation’s demographics and priorities. Those who prefer to enforce their will upon an enslaved population should take up residence in a country built upon the primacy of an all powerful dictator. The United States of America was founded in direct opposition to such despotism.

Here’s to the prolonging of sweet freedom’s song today, and every day, in the USA, and around the world. May peace and justice prevail for everyone.

†Until I did a little research for this post today, I was only vaguely familiar with the much longer back story of the melody to which we sing Smith’s lyrics. I knew about “God Save the Queen,” of course, but not earlier American adaptations of the tune and its use by classical greats such as Haydn and Beethoven. This Library of Congress page was my main source.

*It’s not a new phenomenon—Paul Weyrich, the conservative who founded a group laughingly calling itself the Moral “Majority”—was filmed addressing a group of religious leaders in 1980 and literally admitting that his bullying minority’s “leverage in the elections quite candidly goes up as the voting populace goes down.” That’s an insult to mathematics as well as to our founding fathers’ stated intent in the Declaration of Independence to create a new nation in which:

“Governments are instituted among Men, deriving their just powers from the consent of the governed.”

It is clear to me that any true patriot must balk at disenfranchising other citizens.