When you get your COVID-19 vaccination—and I’d argue that approximately 99% of those reading this post have a moral imperative to do so—a realistic assessment of the facts suggests that you are likely* experience some uncomfortable side effects though they may be very mild.

News coverage, even in sources specifically geared toward those of us living with chronic conditions, heavily emphasizes the societal good which vaccination will bring—which is real enough—but most writers lean too heavily toward cheerleading at the expense of offering valuable information people need to cope with the particular pressures of their own individual lives.

I would like to stress that those of us more vulnerable than average to infirmity should plan for several days of being less effective in our work and daily lives after vaccination. It’s better to be prepared than to be caught flat-footed after the fact.

Politicians and business leaders who want the economy to boom should be offering solutions to make such preparations possible for the millions of Americans living in and at the edge of poverty who can’t afford to construct such safeguards for themselves.

Roughly 30 million American adults want to take the COVID-19 vaccine but haven’t yet managed to actually get the shot(s). Closer to 28 million are instead “vaccine hesitant,” stating they would probably or definitely not get vaccinated. 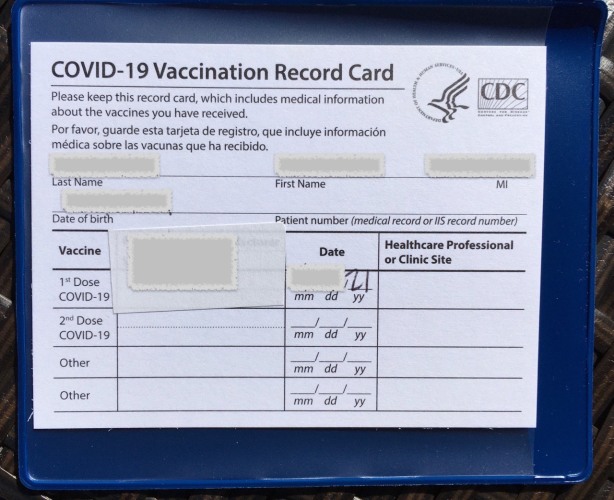 Sufferers of autoimmune disease, getting your jab may well bring on a flare. That was my experience after my first dose, and I’m glad I dug down far enough through coy, dissembling news coverage and popular health reporting to be forewarned about the risk.

Here’s one published case study in The Lancet regarding the health of one gentleman with rheumatoid arthritis after getting the BioNTech-Pfizer vaccine. This article on Creaky Joints is the most honest that I read, speaking directly to specific reactions people with autoimmune conditions might expect.

I would take that first dose again, however, and I did return for my second shot of the Moderna vaccine.

I began composing this post whilst “enjoying” the resultant joint pains, exhaustion, and headache that came with full vaccination. Dose two also induced half a day of resounding nausea that could have been an exaggerated version of the queasiness I routinely get when very tired.

Side effects from the second shot prevented me from my normal activities—already constrained by my autoimmune disease diagnosis—for about two and a half days.

I.e., I would not have felt safe driving for at least two days after my second shot, nor would I have been healthy enough to go to work.

By comparison, after my first jab, I experienced sudden onset of extreme fatigue, headache, and an odd sensation I only associate with coming down with a virus that I can best describe as “the spaces in my joints feeling stretched out and wobbly.” 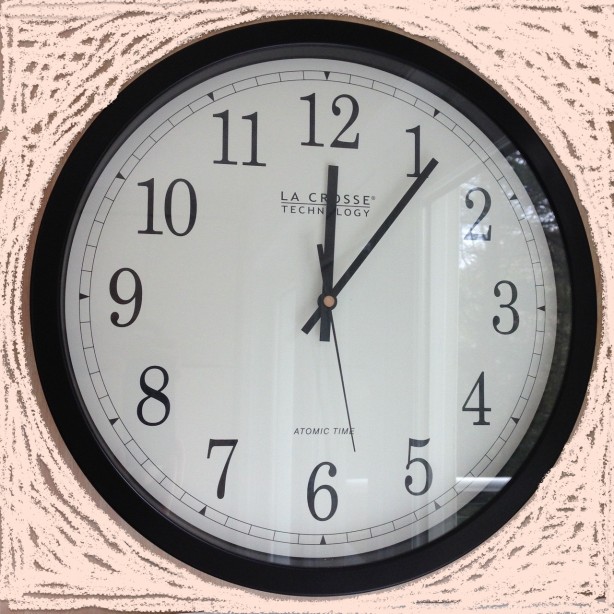 Those shot #1 symptoms popped up about six hours after I received it mid-morning. I went to bed early, and the next day, all the viral infection type side effects were far less troublesome. I felt less than 100% the day after, but able to partake in most normal activities.

I.e., I could have worked through the side effects triggered by my first dose.

My arm ached significantly for a total of five or six days, however, and I developed an uncomfortable swollen feeling in my armpit several days later that was probably my lymph nodes reacting.

On the other hand, in the four weeks after my first dose of Moderna’s vaccine, I experienced the most significant stiffness, joint pain, swelling, and fatigue that I’d had since the pandemic began. Staying at home most of the time while society remained mostly shut down was generally very protective for me against my usual, recurrent autoimmune disease symptoms.

I used far less pain medication than usual between March of 2020 and April 2021. I went entire weeks without needing an NSAID anti-inflammatory or using prescription pain killers. Between my two doses of COVID-19 vaccine, I required at least one of those every day.

I.e., I would have struggled to meet the demands of a full time job plus family responsibilities on many of the days between my first and second vaccine injections. 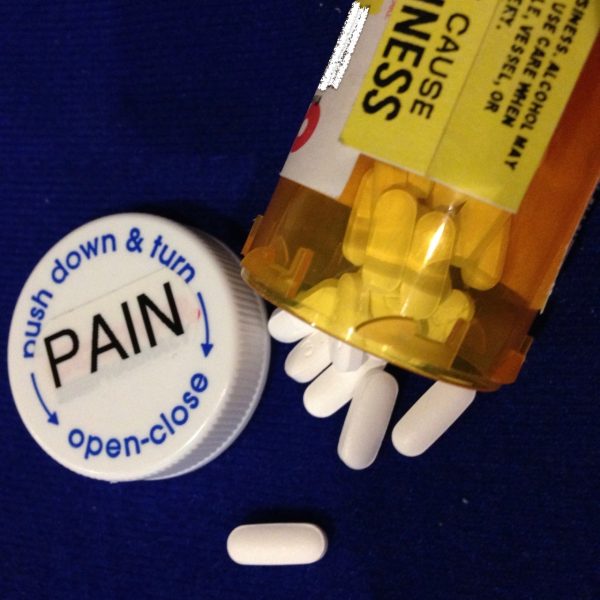 It is worth noting that this potentially vaccine-provoked flare never reached peaks equivalent to the worst ones I had right after my diagnosis. Also, the flare absolutely could have been coincidental. But, again, it’s the only serious one I had through the entire pandemic right up until I got my first shot.

I’m not arguing against vaccination. I am suggesting some of us might need extra resources to meet our daily responsibilities when we elect vaccination, doing our part to protect the entire community. Stepping up comes with a cost.

I have a healthy, supportive spouse. My large family includes relatively helpful, fit teens able to pick up the slack with household chores. Family members have been able to stagger vaccine appointments so we never experienced side effects simultaneously. Our income is sufficient that purchasing takeout meals or prepared foods is not a burden. I am easily able to reach my regular doctor with any concerns because I’m well-served with health insurance and the means to pay for Direct Primary Care out of pocket—including an option to text message my GP directly for urgent issues outside business hours.

In short, I have the good fortune to control most aspects of my daily life, so I could plan around the reality of vaccine side effects. I had sufficient personal resources to fall back on to meet all of my post-vaccination needs. Far too many Americans are less fortunate, many in more than one of the areas I’ve mentioned.

Speaking specifically to the autoimmune-challenged community, I’ve been delighted to find that my second dose of the mRNA vaccine seems to have abruptly ended the prolonged flare I experienced in the four weeks between shots. After feeling much worse due to its side effects than I had in over a year, by the fourth day post-vaccination, I became more energetic—and had less joint pain and stiffness—than I could recall feeling in recent memory. 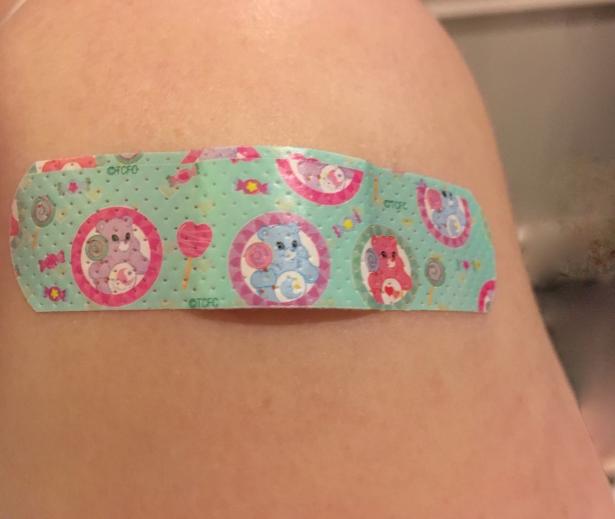 I.e., my RA flare ended abruptly along with my vaccine side effects from the second shot.

Given that vaccination clears lingering symptoms for as many as 41% of COVID long haulers, I was fascinated to observe what could be a related effect in myself after jab #2. Communicating this potential improvement in daily functioning to those who are vaccine hesitant while believing themselves to have had COVID—some of whom never got confirmation of a likely coronavirus infection due to the scarcity of tests early in the pandemic—seems like yet another missed opportunity in public health messaging.

Everyone who wants the economy to rebound fully should take all possible actions to enable workers, especially those at the margins of poverty with limited access to health care, to make, keep, and recover after appointments for inoculation. Full disclosure of the known risks and known benefits—but also realistic potential risks and probable benefits—could bring us closer to herd immunity and full fiscal and medical recovery.

COVID-19 still holds many mysteries for science to uncover. The need to offer accurate information as well as paid time off to over-burdened breadwinners and caregivers so that they can confidently book vaccinations—without risking their livelihood!—isn’t one of them.

America’s front-line, essential workers have already borne more than their fair share of the fight against this pandemic. Today, those who employ these millions should step up with specific support to enable each one to get his or her shots.