Qaqortoq, Greenland was our first stop on this massive island. Greenland is a country that’s part of the Kingdom of Denmark, so theoretically and sometimes culturally European, yet also geologically located on the North American plate. It can feel vaguely similar to Iceland or Canada’s northern maritime towns, but this place really has an ambiance all its own.

Whether North America, Europe, or none of the above, I was really excited about visiting Greenland. As a destination, Qaqortoq did not disappoint! 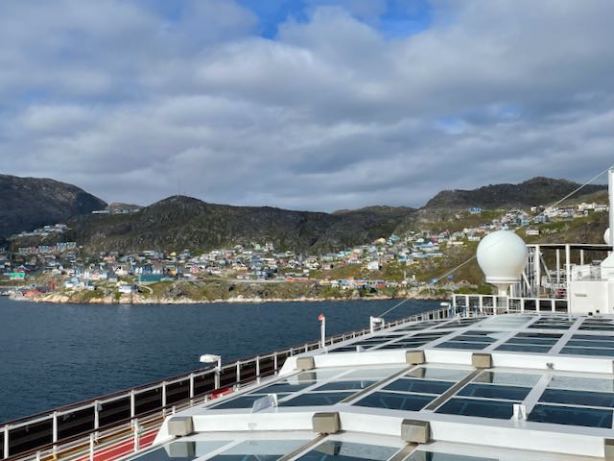 If you want to try to pronounce the name correctly, tuck your tongue against the roof of your mouth as far back as possible down your throat to make a clicking sound on every Q and keep the vowels very short. My best attempt at transliteration: Kuh-Kohr-toCK.

Our transatlantic cruise itinerary called for embarking in Boston, then calling in several Canadian ports, followed by stops in Greenland, Iceland, Greenland again, Canada again, France in the form of the island of St. Pierre, Canada third time, then Bar Harbor, Maine, and finally back to Boston for disembarkation. 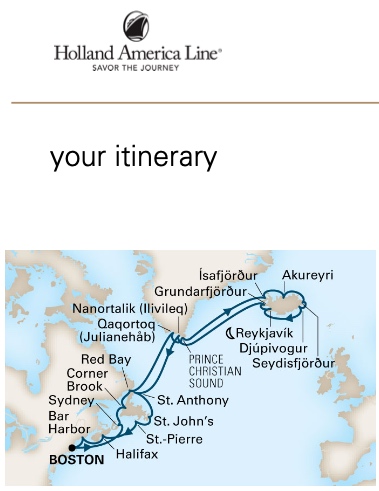 I’ll speak to the specifics of being in port momentarily, but I’ll begin with a confession: I fell in love with icebergs off the coast of Greenland! This was my first time floating by these majestic chunks of sea ice, and I ran outside in my pajamas to capture my first poor photo of one. 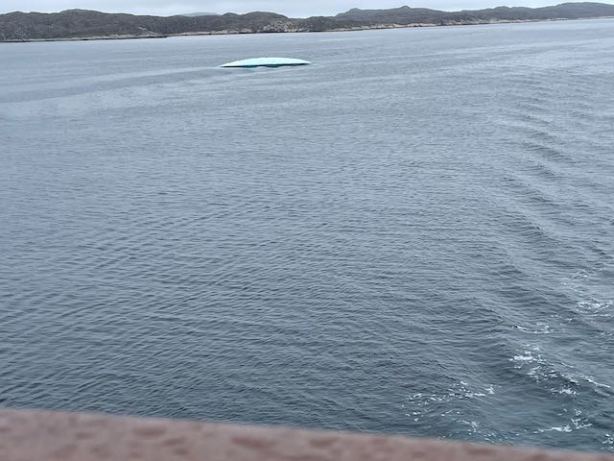 I’ve got the polar cruising bug now, and I have already booked trips through this same region for each of the next two summers.

This was my second time boarding a small tender boat to go ashore from the Holland America vessel, Nieuw Statendam.

Our first port at anchor was the small Canadian town of Red Bay, Labrador, in Canada, but I had no firm plans for that day, so I waited until the major crush of passengers had gone ashore before making the trip myself.

Our family opted to self-isolate for the first few days of our journey, reducing any readily avoidable risk of catching COVID as much as possible before we made it to Greenland, a must see port of call for my husband. To this day, we avoid all densely populated indoor environments.

With morning excursions planned in Qaqortoq—but not ship’s excursions early enough to warrant queue-skipping tender passes—waiting out the crowds wasn’t an option. DH and my eldest got tender tickets from the lounge where they were being offered, and my status as a Neptune Suite guest meant I could join them in the line up for the next available tender at my convenience.

Everyone aboard seemed eager to get ashore in Greenland, so those early tenders were full. HAL doesn’t cram them to maximum occupancy, but several people were seated on each available bench. I shudder to imagine being packed into one of these in its capacity as a lifeboat in an emergency with ≅20% more bodies inside! 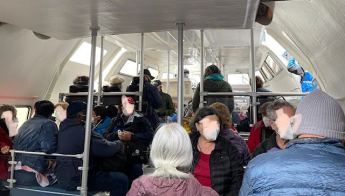 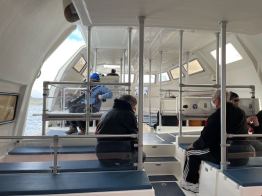 My ride back to the ship at the end of the day offered significantly more personal space. You can compare conditions for yourself from my two tender photos. 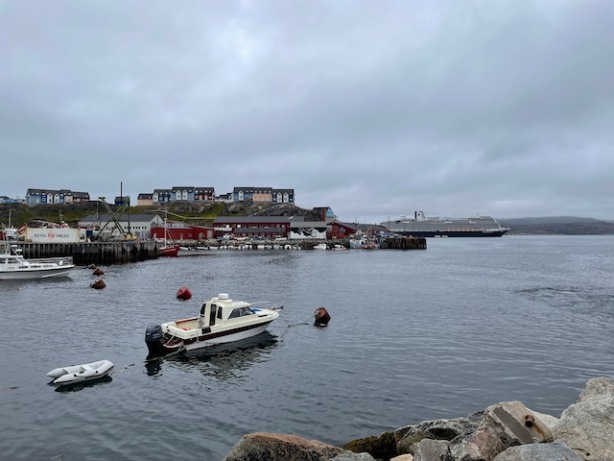 Nieuw Statendam anchored not far from the tender pier, making a relatively quick trip from ship to shore. END_OF_DOCUMENT_TOKEN_TO_BE_REPLACED