What to read before making a trip to Catalunya, Spain—the region that includes Barcelona.

When I begin planning to visit a new destination, my thoughts turn first to literature. Oh, I always skim a guidebook or two, and I do the now obligatory stroll through TripAdvisor and Google’s offerings, but I go places to try to understand them. I want to get a sense of the gestalt of the community.

Who are these people? How has the local culture evolved? Why does a visit here offer up its particular sounds, tastes, and experiences?

For a bookworm like me, the answers—or at least, the first teasing tastes of truth—come most readily via literature. Whether the perspective of a book is that of an insider or a sojourner in a foreign land, the contours of the place begin to take shape as I delve into its stories.

What I read before visiting Barcelona

Churchill and Orwell: The Fight for Freedom by Thomas R. Hicks

The Shadow of the Wind by Carlos Ruiz Zafón

The Telling Room by Michael Paterniti

I began my exploration of Catalan culture with one of the few novels I could find translated from that language: the award winning Black Bread. Here is a great work of literature, evocatively written, even in translation. It was a lovely read, and I enjoyed it immensely, but I do love a heavy novel bursting with symbolism, deeper meaning, and complex themes. I.e., this isn’t a beach read. 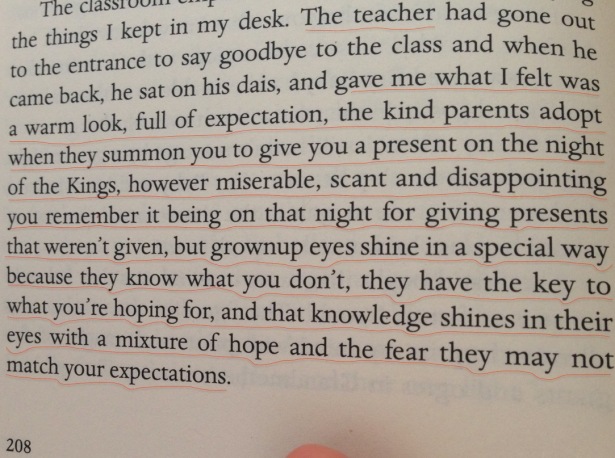 And here is some of what I noticed about the intersection of Spain and Travel: so very many people seem to think only of the hedonistic pleasures of warm sand and tapas when they contemplate a visit to the region. My visits have all been in late fall or winter, and my interests tend toward museums and history, so take my reckoning with that grain of salt. END_OF_DOCUMENT_TOKEN_TO_BE_REPLACED

I must begin by admitting that I’m not really a polyglot. I’ve only mastered English. I’m not even brave about using my foreign language skills with friends or strangers. My brain is piping up with answers, but my cowardly lips remain zipped.

I have been a passionate fan of the very idea of language study since childhood, however, and I dabble in a few world languages. I wish, in a theoretical way, that I could speak with every person in the world. I know. I can be a little sentimental.

In college, I took classes in Spanish (one more year), German (one year), and Japanese (one semester.)

Outside of academia, I’ve studied Russian (6 weeks at the Boston Language Institute) and Biblical Hebrew (synagogue based adult class), plus I’ve self-studied most of the above and also French. I’ve worked to learn at least a few common and helpful phrases in both Icelandic and Catalan before specific trips. I like to be a polite visitor.

I also avoid traveling without the ability to speak sentences I’d be too embarrassed to mime. I usually begin by memorizing, “Where is the toilet?” I’ve never visited any country without at least learning please, thank you, and hello. I also try to keep at least one exclamation of delight on the tip of my tongue: ¡Qué maravilloso!

Buy why else have I spent so many hours over so many years on this exercise when I have nothing concrete to show for it since good grades on a transcript decades ago?

I can feel my brain stretching

When I’m really working at integrating  new language into my working vocabulary, I can feel my brain stretching. I’m probably not the only nerd who thrills from the act of intense learning. Like the high that comes after aerobic exercise, there’s an emotional payoff to brain fitness. It’s also nice to imagine your brain getting healthier after each session.

Studying a romance language, for me, at least, was fun and interesting, but nothing like the kind of mind-blowing revelation that Japanese presented. I’m no linguist, either, so I can’t explain this deeply, but everything from sentence structure to word classes was, frankly, foreign. Learning even a little Japanese was like re-learning how to think.

Never in my life have I taken a more difficult, more stimulating, more thrilling class than my one semester of Japanese immersion at Cornell University. At the end of every session, I felt like the hero(ine) walking into the sunset behind the credits of an action movie. Victorious, and exhausted.

I’m forced to reconsider things I thought were obvious

Even when studying languages much more familiar—the short words in German, and the long words in the Latin-based romance languages—I find it delightful to make connections across cultures. Some modern words are obvious candidates for cognates. The world is so small and interconnected now, it’s hard to imagine new words like “computer” not carrying over into languages other than English.

But I loved discovering the word for “furniture” was so similar between Spanish (mueble), German (Möbel), and Russian (мебель)—they all use consonant sounds M-B-L with vowels appropriate to the target language. Most Russian vocabulary up to that point had been so strange. It made me reflect that the very notion of owning enough household stuff to require a collective name for it could be modern. Or perhaps the idea to name that stuff came from western Europe, or the people with better stuff adopted a name from the west so the word caught on with social climbers… I’m not sure. I don’t even know if the word is older in Russian as opposed to western Europe. I sure enjoy pondering the possibilities.

And, in Japanese, the color ao means all color shades of blue to green.* That stopped me in my tracks. Color is a spectrum, isn’t it, and at some point, we decide where the stopping point is between one shade and another. But I hadn’t thought of that before. Japanese taught me that.

I could go on and on about compound nouns and meanings within my own language that only became obvious to me after I recognized some interesting facet of a word in a foreign tongue, but the point is made and my zeal for this topic probably exceeds the bounds of decency.

Making an effort is the only way to combat entropy

There’s a running joke in our family that my husband’s most hated nemesis is entropy.

I think it is accepted knowledge that mental acuity is a use it or lose it thing. That’s the exercise analogy I used earlier. I believe the battle against entropy goes even deeper than that.

Making an effort, struggling to do better, learning something new, improving communication in the smallest way… every one of these things is a creative act. Creation is the opposite of entropy. Creation is an inherently positive act.

I learn in order to make the world a better place

I learn to make the world a better place, though my small efforts may have only infinitesimal effects.

I can live with that.

*There is a modern Japanese color word for green, which I believe was introduced only after World War II when Western influence became significant during the Occupation. There are also extra color words for various shades, including some of blue and green, like we have navy and royal (blues) or spring vs. hunter (greens.) You’ll want to follow up with someone much more knowledgeable than I to get the full story on Japanese color words.